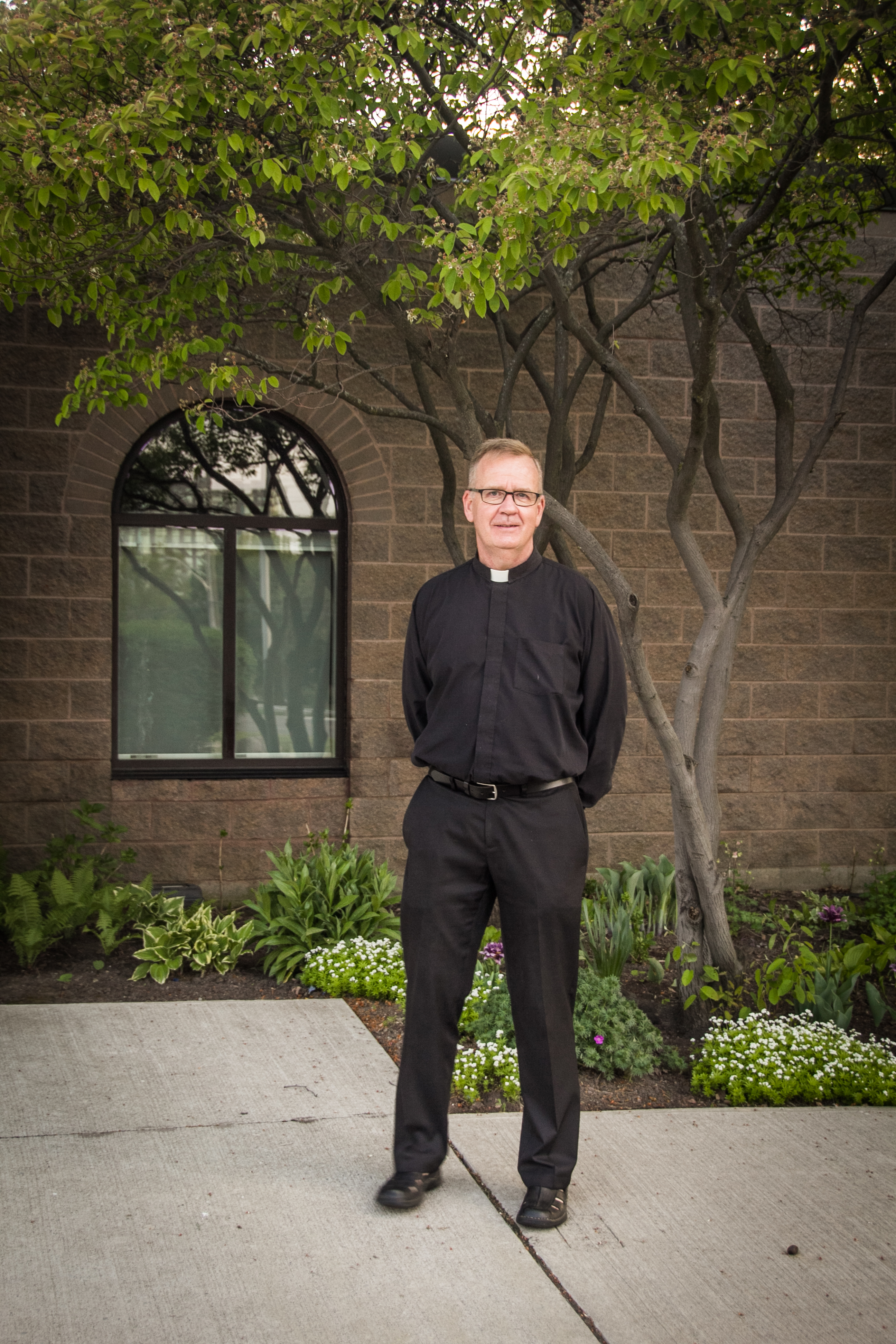 Fr. Tim grew up in Whitby, Ontario and is a graduate of Archbishop Denis O’Connor Catholic High School.  Following the completion of an undergraduate degree in Commerce from Queen’s University at Kingston (1984) he completed his training as a Chartered Accountant while working with Coopers & Lybrand Chartered Accountants (now Pricewaterhouse Coopers).   Discerning a call to become a priest he left the business world to enter St. Augustine’s Seminary in 1987 and was ordained five years later in 1992.

Fr. Tim returned to St. Ignatius Loyola Parish as Pastor in 2013, having earlier been appointed as associate pastor with Msgr. Joe Shiels for one year following his ordination in 1992.   He then spent four years as Vice-Rector of St. Augustine’s Seminary and Master of Ceremonies to Cardinal Aloysius Ambrozic, Archbishop of Toronto (1993-1997), followed by two appointments as pastor: St. Dominic’s Parish, Mississauga (1997-2007) and Our Lady of Grace Parish, Aurora (2007-2013).