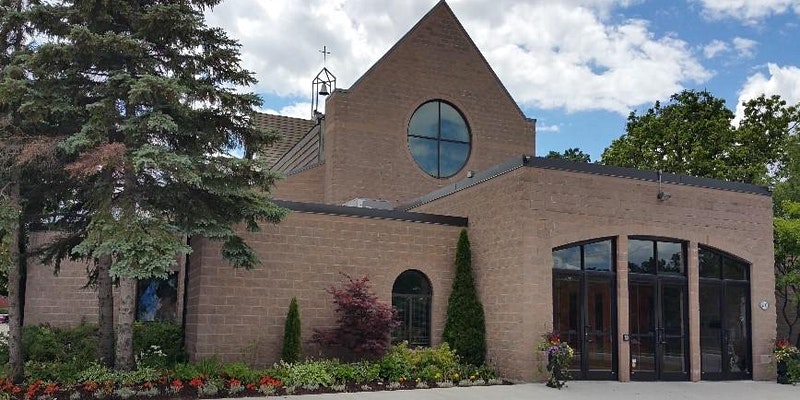 Our parish was founded in January 1982. His Eminence, Gerald Emmett Cardinal Carter, signed the Decree of Erection for the Parish, named after St. Ignatius of Loyola (1491-1556), the founder of the Society of Jesus (The Jesuits), on January 18th, 1982. Fr. Des O'Neil was appointed founding Pastor on March 1st, 1982 and took up residence on that day.

We had no Church building at that time and for the first five years we celebrated Mass in the gymnasium of Loyola Catholic Secondary School. The sod turning ceremony took place on Sunday, August 24th, 1986 and construction began on September 3rd of that same year.

We celebrated the first Mass in our new Church on July 25th, 1987. A solid base for a vibrant community was established from the beginning.

In 2007 we joyously celebrated our Silver Jubilee, January 2012 marked 30 years as a spiritual community united by our Lord and Saviour Jesus Christ.

From 1992 until his retirement in 2013, Msgr. Joseph Shiels presided over the parish and congregation as pastor. In July 2013, the parish welcomed Fr. Tim Hanley as pastor.